DESIGN OF A THERMAL RAIL TO BE INTEGRATED WITHIN THE BUILDING’S GROUND SOURCE HEATING AND COOLING SYSTEM.

In 2007 Urban Splash began to transform the derelict former Imperial Tobacco UK Headquarters in Heartcliff, Bristol, into a new mainly residential development called Lake Shore. I was commissioned to work on a project that articulated the building’s relationship with the innovative and invisible ground source heat pump system that would provide the building with efficient and sustainable heating and cooling. I researched and developed a method of working directly into wax and casting into bronze, sections of which would be connected together to make a tactile, thermal handrail.

Sadly, the economic situation in 2008 and 2009 meant that Urban Splash revised their plans for the site and that this project remains uncompleted. 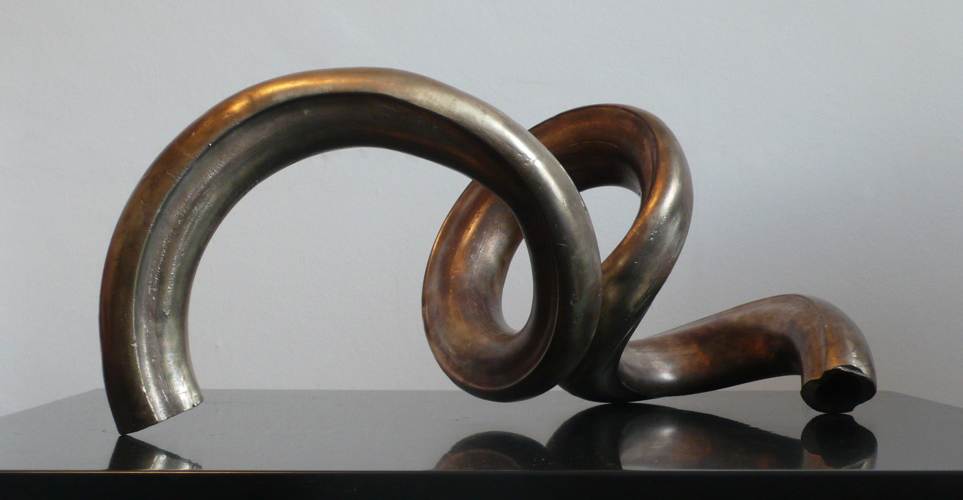 My commission was to be one of two site-specific sculpture projects commissioned by Urban Splash to accompany the development, located within the site's extensive 10-acre landscaped grounds. These include wildlife meadows, numerous mature tree and a large man-made lake that extends beneath the main building. 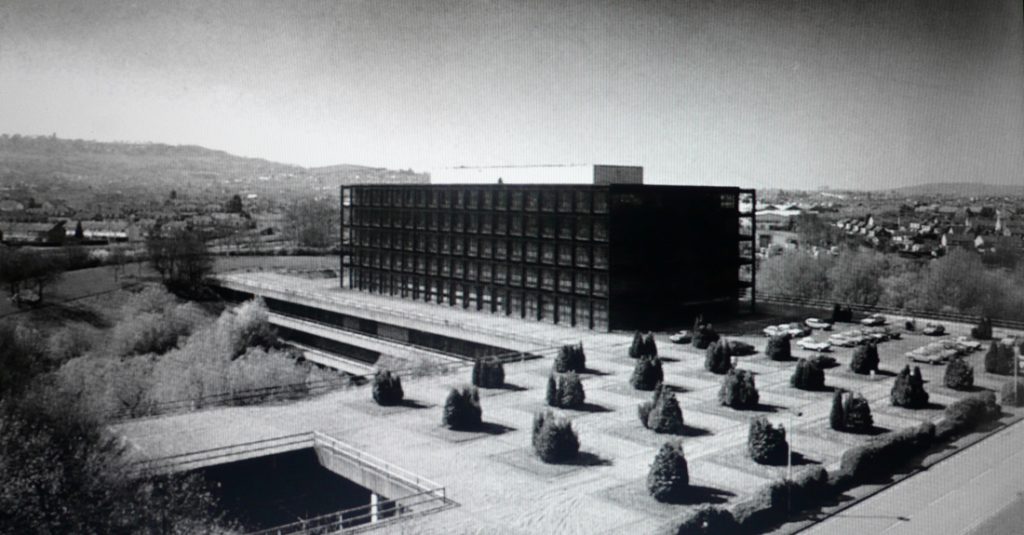 Built in the early 1970s and designed by SOM architects, the building pioneered the use of corten steel. 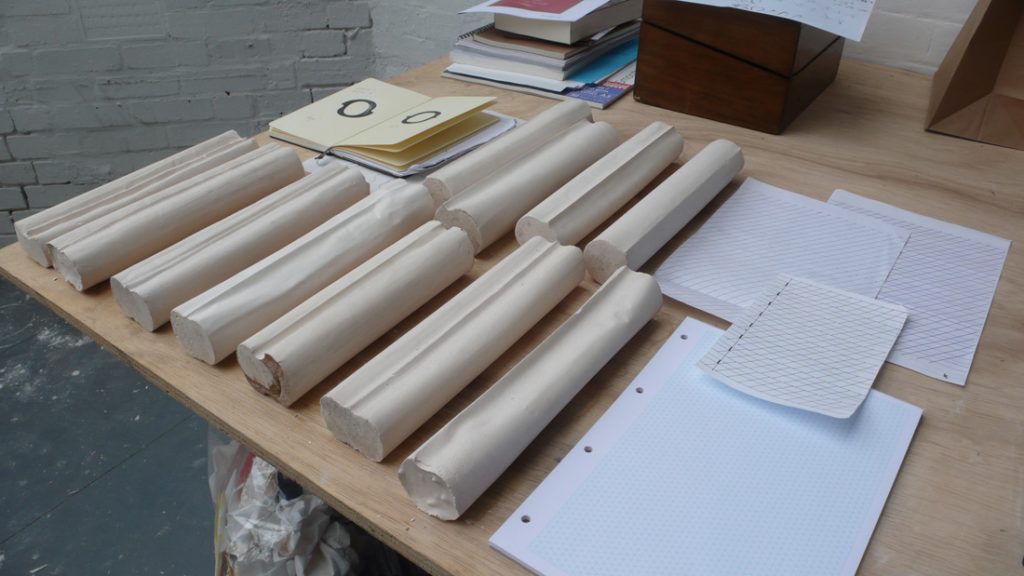 I worked closely with the project’s engineers and architects to make a series of rails that were intended to run through the landscape and beside the lake, with a total length of approximately 70 metres. The rails were to be plumbed into the building's ingenious ground source heating system, which would have provided environmentally sustainable heating, hot water and cooling for the development's offices and 364 apartments. 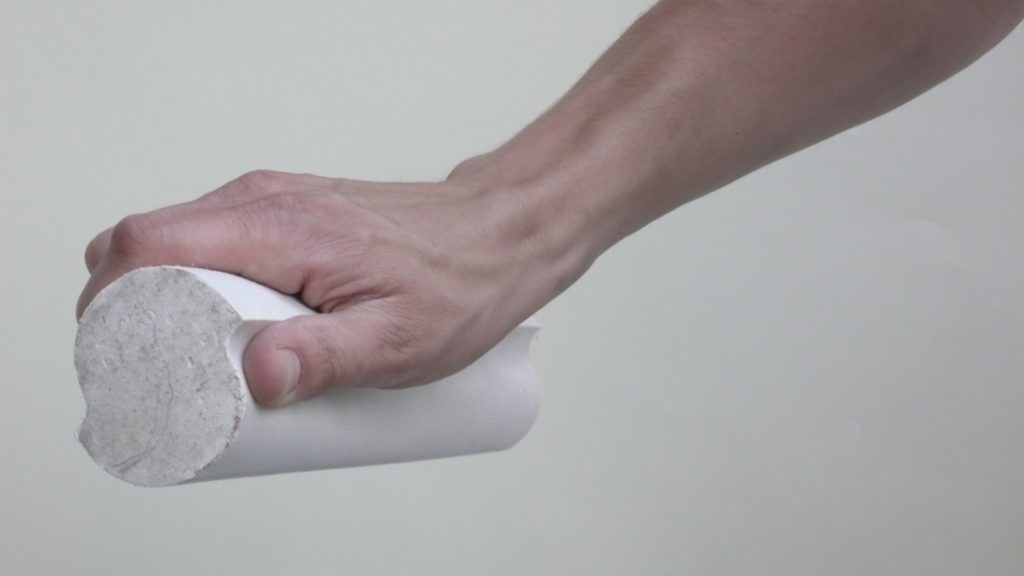 A vital part of the heat exchange system is the return of heat to the ground, and the rail will perform this function during the summer. Working in parallel with the building's air conditioning system, fluid pumped through the rails will be warmed by the sun before carrying the heat to be stored under ground for use during the winter months. The rail will feel cool as the metal conducts the hand's heat away from its surface. I decided to use bronze as it is an excellent conductor, and its surface will burnish and patina as it is handled. 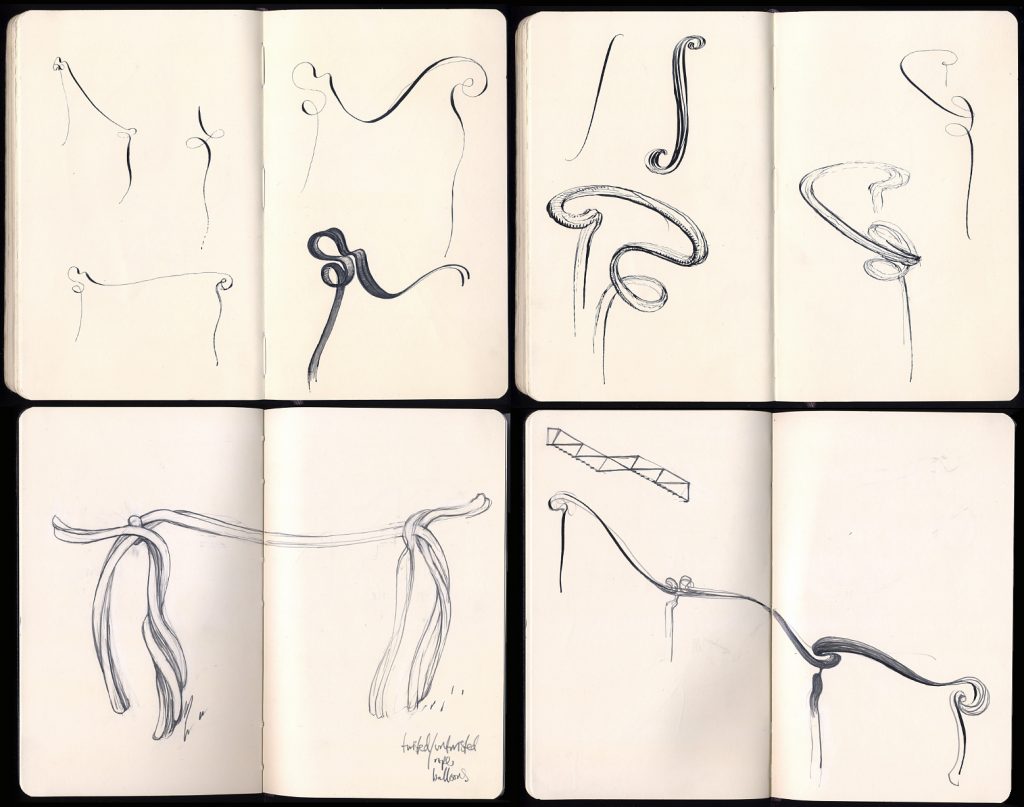 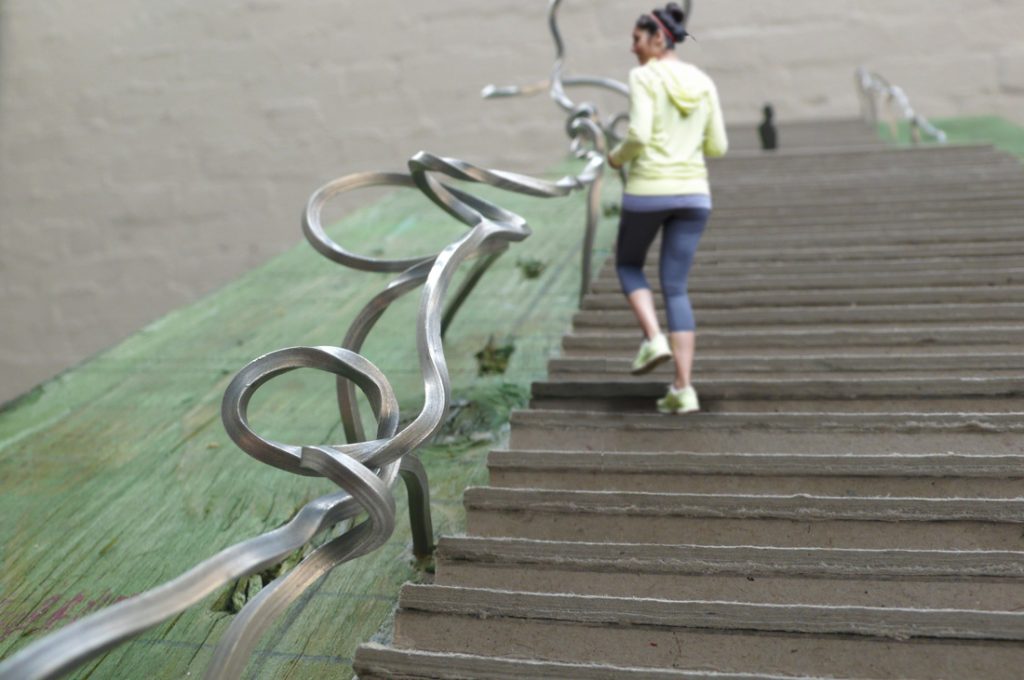 wire, wood and card model of the Lake Shore steps made to consider formal and practical options 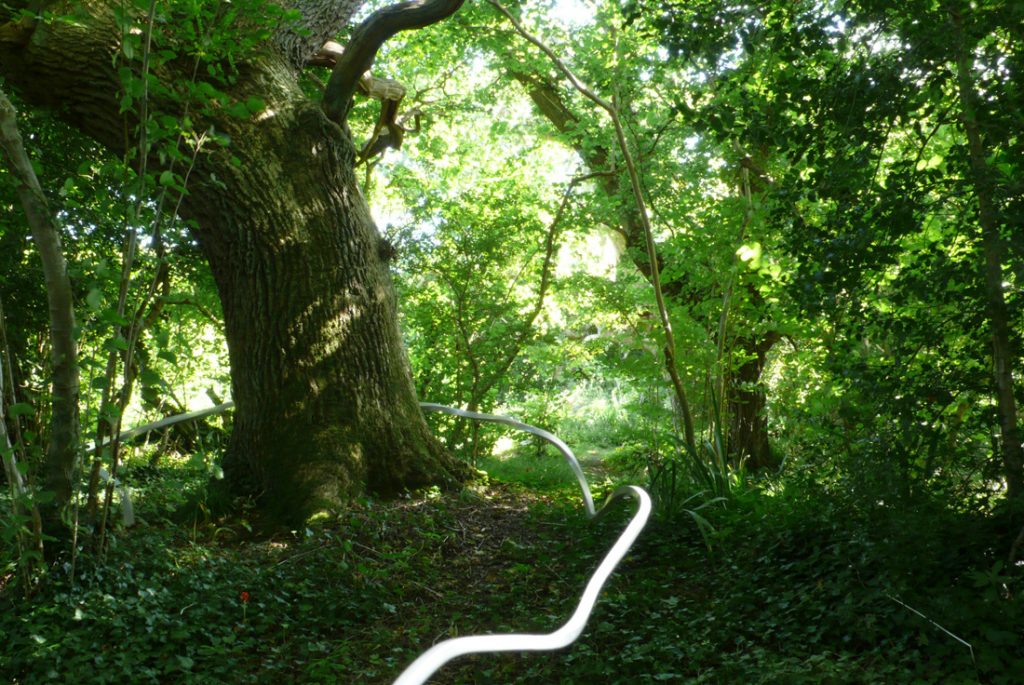 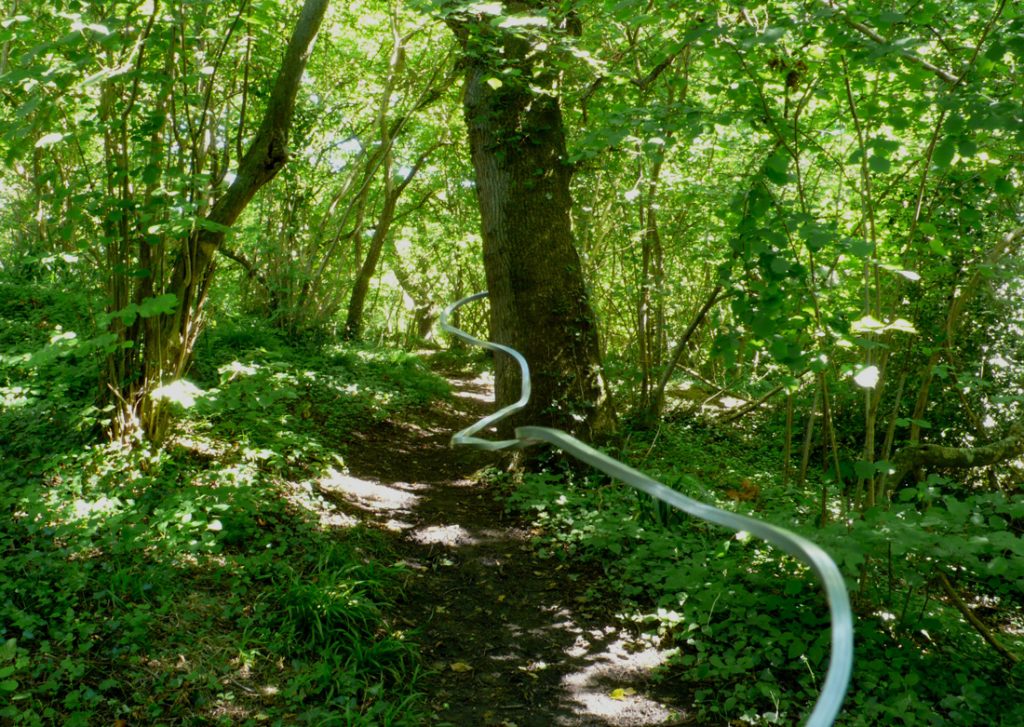 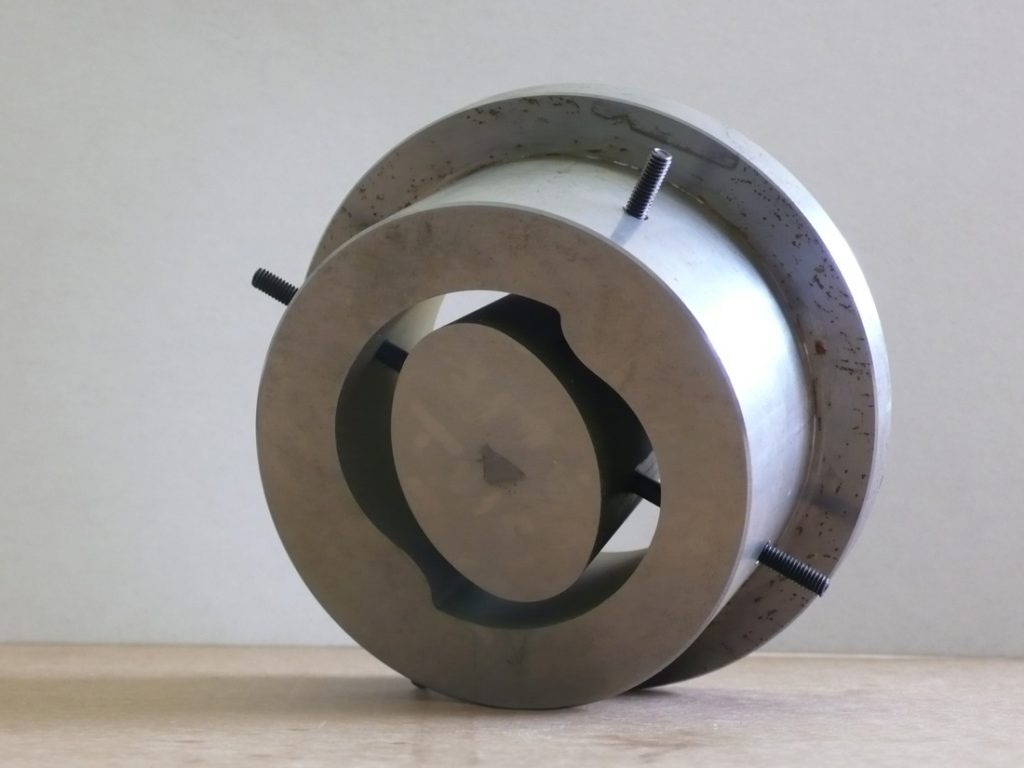 Rather than making an 'original' rail which would then be cast into bronze, I developed an adaptation of the lost wax process. Working closely with British Wax, a die was designed through which casting wax was extruded. 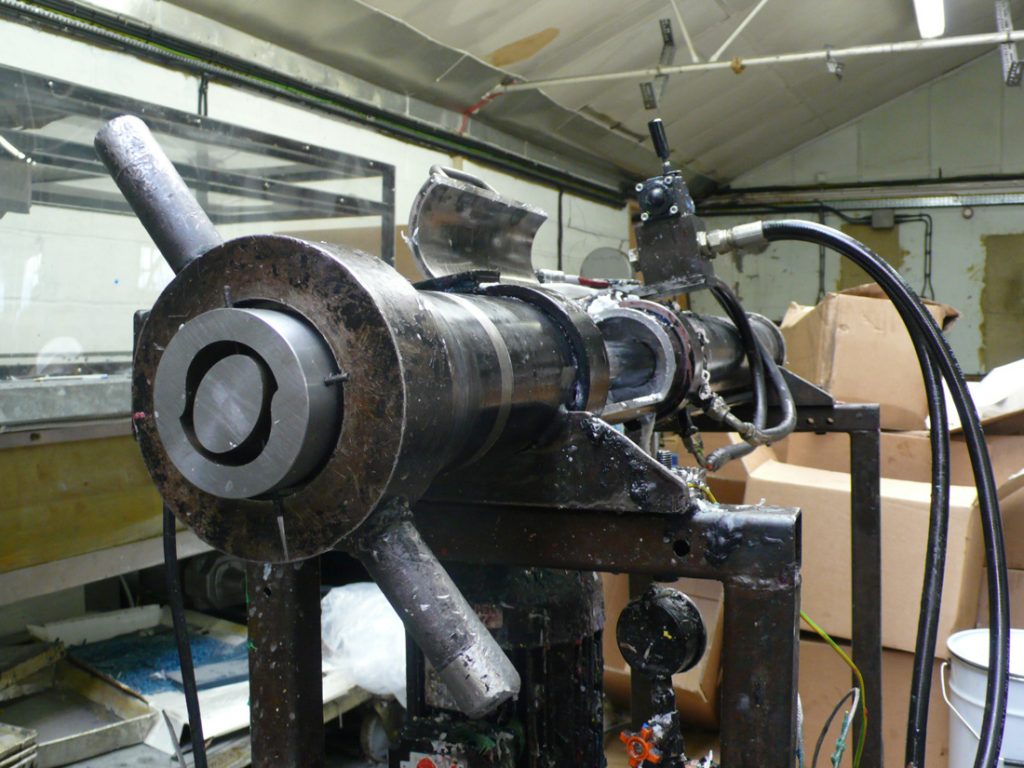 The steel die attached to the extrusion machine 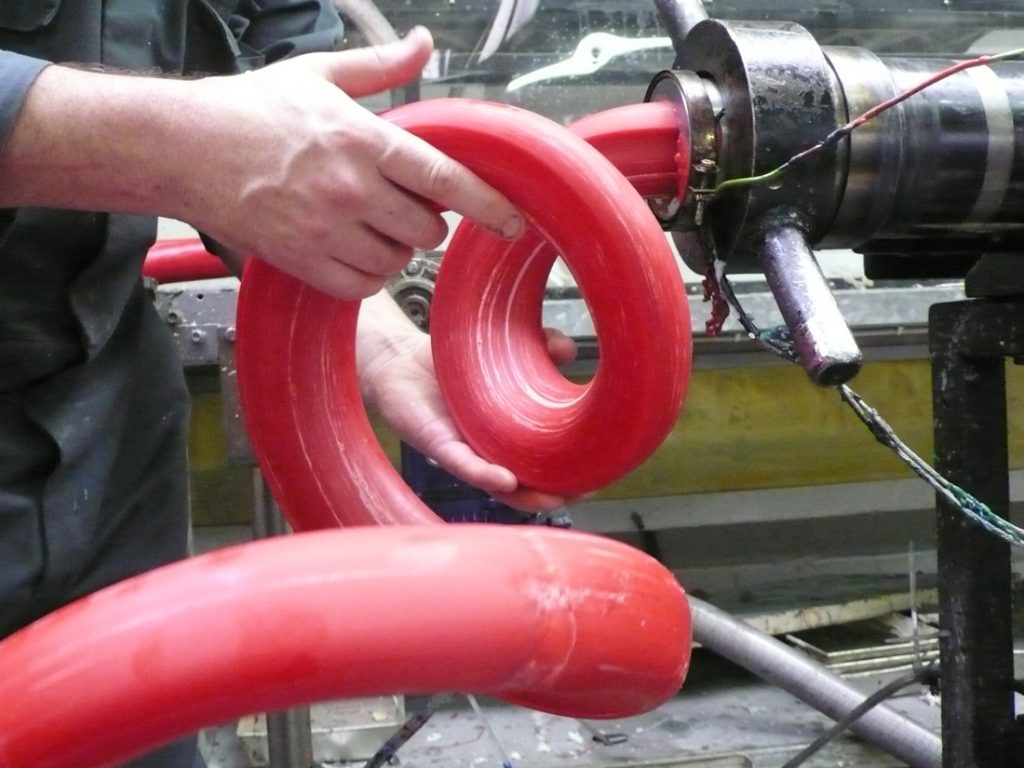 Wax billets being extruded through the die. The extrusion process produces malleable, hollow lengths of wax which are twisted and bent into the required form before they cool. This method allowed for a finished object that is thoroughly tactile, fits the landscape perfectly, and will ensure that the rails maintain a hand-made immediacy often lost in large-scale work. 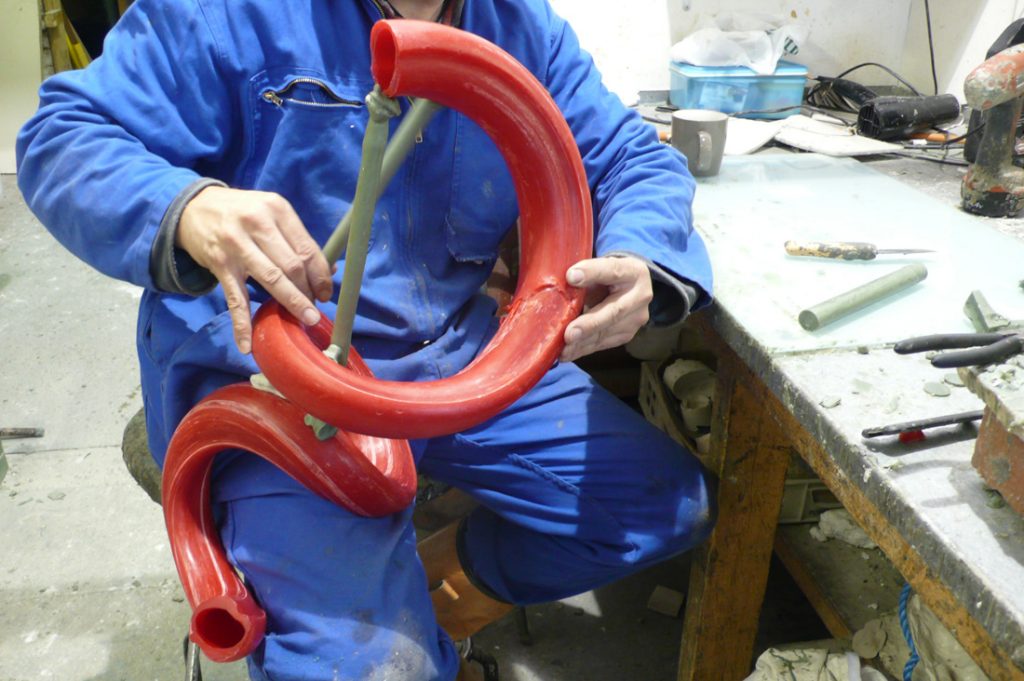 These lengths are then taken to the foundry where they are cast directly into bronze using the lost wax process. 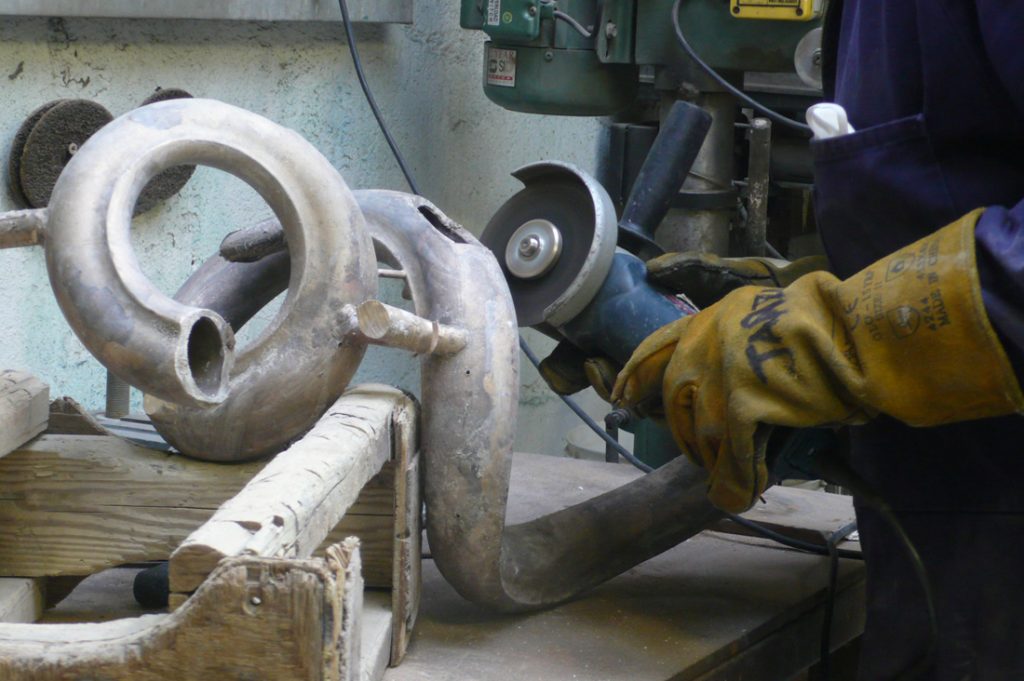 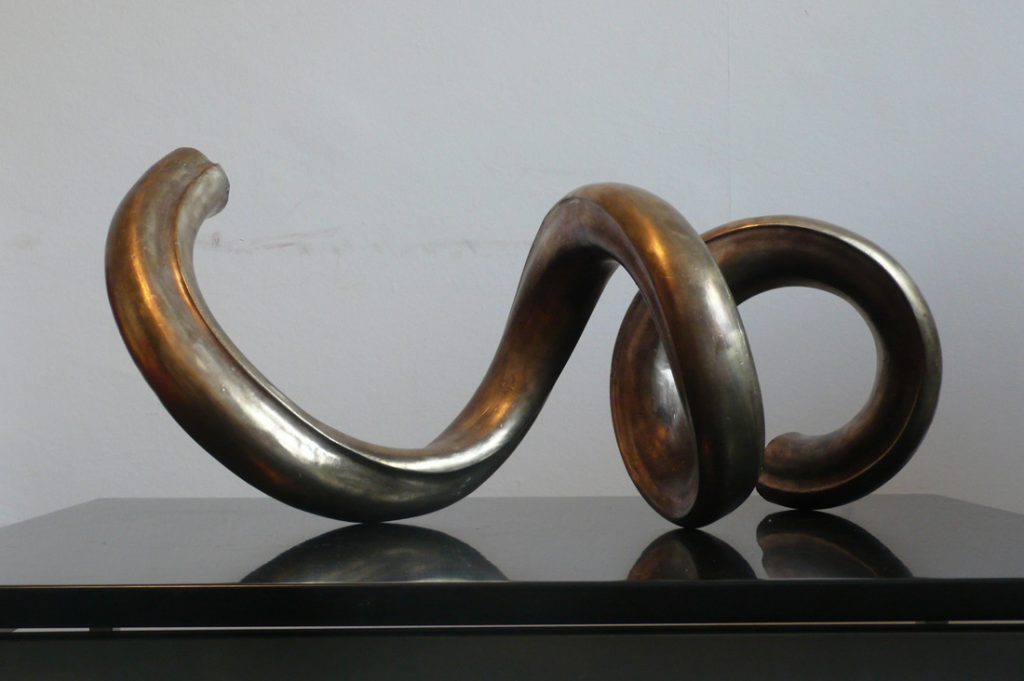 A finished section. My sincere thanks to Mark Kennedy of Bronze Age and Stephen Case-Green of British Wax for their expertise and generous assistance in developing this project.