Climate Crisis: Speculative Futures was a Late event at the Horniman Museum in Forest Hill on Thursday 5th March 2020. The project was a partnership between UAL and the Horniman Museum, offering students the opportunity of working within a museum’s galleries and spaces and engaging directly with the museum’s collections, and offering the museum an event with which to engage a young adult audience.

The event was composed of fifteen site-specific projects- including performances, installations and workshops- by students from Camberwell, Chelsea and Wimbledon from the schools of Fine Art, Design and Performance & Design for Theatre and Screen.

The aim was to stimulate critical speculation and dialogue, encouraging a sense of agency around the climate and ecological emergency. Focusing on the intersection between decarbonization and decolonization, the Late event showcased creative ideas for a just transition to a post-carbon society. 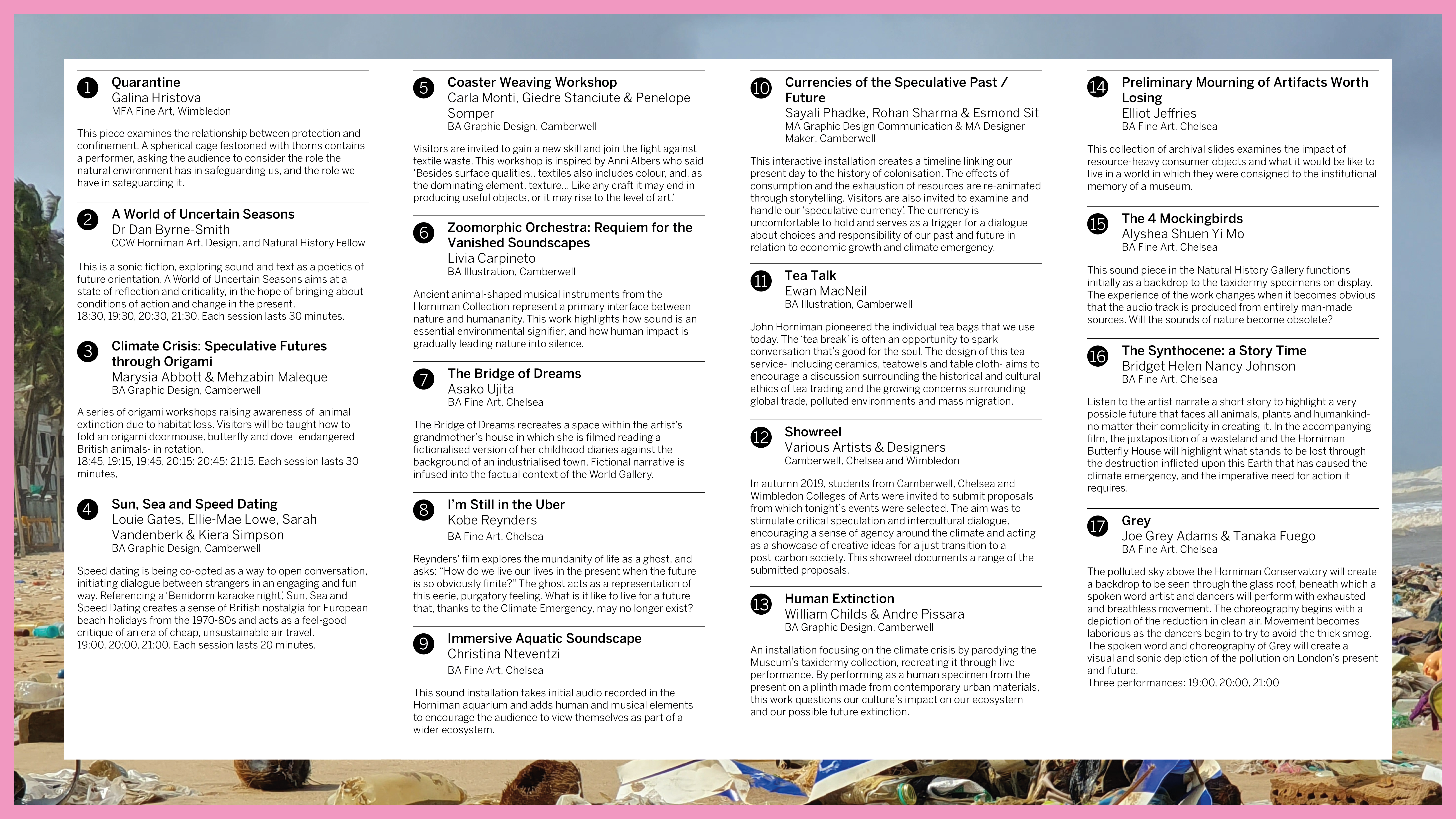